How transparent is your organization? When people feel like they know what’s going on with an organization, they feel more engaged. But how much should you share? After all, you don’t want your employees pulling their hair out from TMI – too much information. 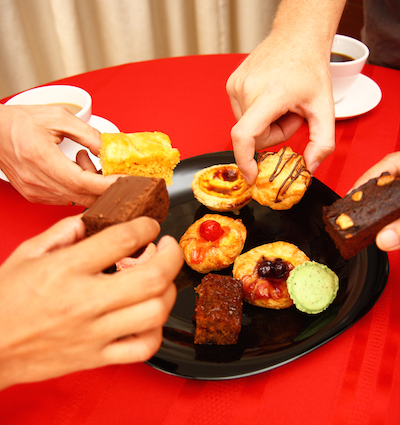 It was all the way back in 1989 when the phrase open book management was first coined, and it was definitely considered a fringe idea back then. Since then, however, there have been lots of calls for greater transparency in both government and corporate settings. It’s a surprisingly simple concept – if you want your people to feel like they’re a vital part of a team, try being more transparent in your organization.

If you want people to “buy-in” to your organization and give it their all, they deserve to know what’s happening in the organization, and not only in terms of what they’re supposed to be doing in their jobs. They need information that tells them about the health and direction of the whole organization. You want your workers to think more like owners.

Think about some of key financial and performance metrics you use to evaluate the success of your organization and where course corrections need to take place. Start sharing some of those key metrics with all your staff. You might be surprised at how much they pay attention to that information, and also how much it will influence them to do what they can to keep things moving in the right direction.

This can be a powerful approach to not only boosting retention among your staff, but also overall performance. One travel management company decided to give it a shot in a limited way. It started sharing one of its key metrics with employees called direct profitability, which consisted of revenues less direct costs. In a remarkably short amount of time, the company’s travel agents were generating tons of ideas for nudging that key metric in an upward direction. In the branches where this open-book approach was taken, each branch exceeded its profit targets by 10-20%, which made the company’s higher-ups take notice.

In spite of such successes, the concept still hasn’t caught on in most companies. In fact, an article in The Economist from back in 2012 estimated that fewer than 4,000 companies around the planet have adopted it. For many companies, opening up the books to employees just feels like a recipe for disaster. Many executives are just too used to not doing it.

But you also can’t deny that it serves to focus employees on what matters most to a business, which is money. Opening up the books sends a clear message to workers: You matter in this company, so you need to know how we’re doing. How else can they really understand how important their work is? It gives their jobs meaning in the context of the business.

Keep in mind that this doesn’t have to be an all-or-nothing proposition. If the idea makes you nervous, then start with baby steps. Try sharing a key metric here and there on a regular basis and see how it goes. If you like the results, keep going. You may soon find yourself wanting to share even more with your employees as the rise to the challenge of making the company a success.