In a plentiful job market, great leaders are tough to find because everyone is looking for work and putting on their best faces trying to stand out. 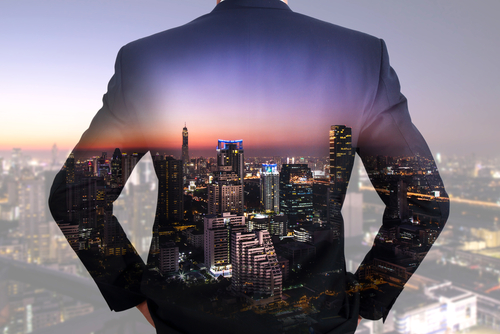 In a tight job market like the one we’re currently in, great leaders are tough to find because most of them already have jobs and the pickings are pretty slim.

In other words – great leaders are always hard to find.

But recent research has refocused attention on some of the most critical and pivotal traits of great leaders. We’re going to take a quick look at some of that research and give you three methods for hiring and retaining leaders at your company.

In sports, sometimes the rich teams invest huge sums of money to bring in all the best players, and then everyone is surprised when they still can’t manage to bring home the championship trophy.

Google did research on their own company, interviewing 180 of their teams across the globe. The results are discussed in more detail in this Inc article about leaders and teamwork.

Here’s their key finding: the most productive teams had successfully inculcated what Google calls ‘psychological safety’ within their teams. What this means is, who is on the team doesn’t matter as much as we would think. What matters much more is the health of their interactions, how they structure their work, and how they perceive each other’s contribution to the team and its goals.

Why does this matter so much?

Because when workers feel valued and safe, they are more likely to do things that lead to positive outcomes for the company. Things like taking risks and challenging the way things ‘have always been done.’ They develop attitudes that focus on the team and its goals, rather than on self-promotion or self-protection.

Google’s investigation of their own employees found these sorts of qualities in their highest performing teams.

And at the core of them all must be a leader who ‘gets it.’ The leader must understand and believe that it’s not about them and their own glory. It’s about reaching the goal, and the best way to do that is to empower the team and rely on their unique strengths and contributions. The leader can’t do it all.

So if you want to hire a great leader and retain them for long enough to benefit from their powerful strengths, look for someone who speaks about leadership in these terms.

Ask questions about how they perceive people who will report to them. Ask how they form teams, and what they do to choose and train the leaders.

The great thing is, Google’s best teams also had the lowest turnover. So this method pays off not just in better performance, but in higher retention of your best people.

Method #2: Develop Leaders from Within

When someone gets challenged to do more than they’re doing now, they take ownership. By creating pathways for internal leadership development, one of the greatest benefits is retention of your best leaders, because they will feel like the company is ‘theirs,’ not just a place to work.

Internally-developed leaders have the DNA of your mission and values built into how they think, what they expect of other employees, and how they treat customers and clients.

One company that was hemorrhaging employees with a turnover rate of 130% got desperate to stem the tide of lost talent. Their best leaders and employees were leaving at alarming rates, and it was keeping the company from growing like they knew they could.

If you can’t find great leaders to hire, then grow your own.

Two recent studies found that leaders who exhibited the quality of humility produced lower turnover and less absenteeism in their employees.

The critical intertwining of humility with leadership has been explored before, but too often it gets pushed aside in favor of quick wins that in the long run sometimes lead to burnout, turnover, and regression. 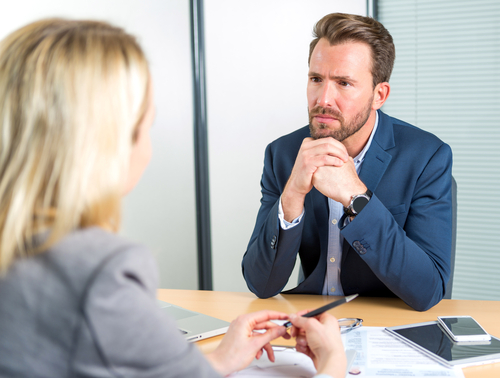 Why is this true?

Because the leader has profound influence over the people they lead. So the attitude with which they lead them affects everyone else’s attitudes, and therefore performance, efficacy, loyalty, and so many other intangible assets that breed long term steady growth and success.

As the articled linked above points out, humble people know their weaknesses and seek out people with complementary strengths. They’re always striving to learn and improve, never buying into the delusion that they’ve “got this.” They give credit to team members rather than taking it all for themselves, even if doing so might mean they’d get a bigger bonus or a faster promotion.

That same lack of obsession with their own advancement comes because humble leaders aren’t as concerned with having the highest possible salary. They are less likely to bend the rules and cut corners – things that may lead to hot water for the company long after they’ve left.

The employees who work for a humble leader see all this. It’s empowering, validating, and teambuilding.

The opposite kind of leader tends to be overconfident, taking on more than they can handle because they believe they can do it, even though it would be better to delegate or perhaps not be done at all because it’s a bad idea. But a non-humble leader who sets his mind on a bad course of action will have a hard time hearing when others tell them not to pursue it, no matter how compelling the evidence.

To be clear on definitions since there is some misunderstanding of the concept of humility:

Humility doesn’t mean you’re a doormat and don’t advocate for yourself. Humility doesn’t mean you don’t ask for a raise, you never disagree with someone, and you never raise objections in a meeting. Humility is about security and inner peace. It’s not self-promoting, or fearful that everyone’s out to get you, or determined to impress key people no matter the cost. It’s an attitude that values the person over their performance. A humble leader knows that no matter how important all this work seems, if someone’s mother is in the hospital, that’s more important.

Humility sees the bigger picture. It doesn’t mean there are no expectations, or no follow-through if those expectations aren’t met. A humble leader listens. A non-humble leader only listens to people they think matter.

How to Identify Humility In an Interview

If you want to hire and retain a humble leader (as you should), the question is, how? Two things you can do:

Here’s a great one that reveals your candidate’s level of humility:

Q: Tell us about a time when you failed, and what you learned from it.

A person who has a hard time thinking of any of their failures probably isn’t very humble, because in their minds, those failures were caused by people or forces outside their control.

But a humble person will be comfortable talking about mistakes, and will be quite enthusiastic to share what they’ve learned. In this way, humility is linked with self-reflection, one of the most powerful traits of all because it produces continual learning. Humble leaders self-reflect.

Second, you can tease out the level of humility in the pre-interview stage by utilizing skills and personality pre-testing.

If you’re using a recruitment service, you need to use one that prioritizes pre-testing in their candidate search process. And if you’re looking for a leader and believe humility is a critical quality, then ask your hiring consultant to make that a focus of their soft skills assessment package.

PainLess Hire considers pre-testing the single most important step in the candidate search process. It’s what separates us from most recruiters, who place the bulk of their emphasis on resumes and keywords.

If you need better leaders (or employees), and need help hiring the best ones and then retaining them, take action now and contact our hiring consultants to see what we can do for you.

We deliver top candidates faster than recruiters, for a lower price, and with higher quality. It’s a win-win-win.